What are the PathoCERT Communities of Practice and why do they matter?

By admin
Comments Off 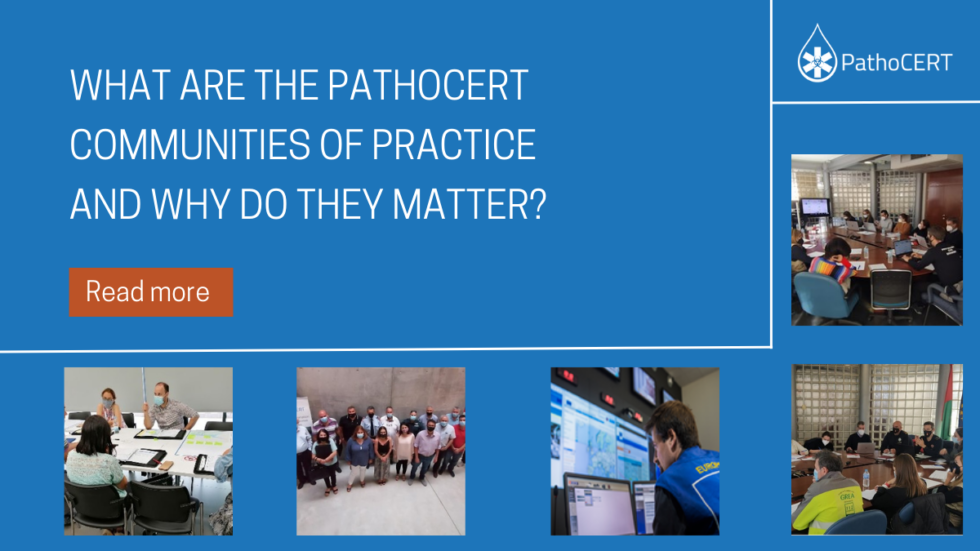 The communities of practice develop their practice through a variety of activities, bringing together a group of people who share a common concern, a set of problems, or an interest in a topic. In PathoCERT, in particular, the CoPs focus on the gathering and exchange of knowledge, including key barriers and challenges, feedback provision, and testing of newly developed technologies, aiming to support the rapid and safe detection of waterborne pathogens during emergency events and thus enhance first responders’ capacities.

The PathoCERT Communities of Practice have been successfully created and over the previous months, they held their initial meetings. 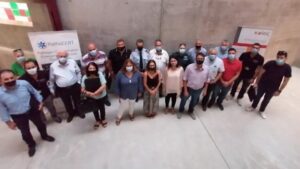 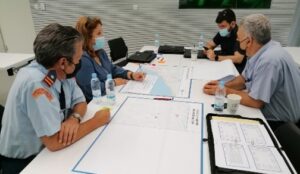 The first CoP meeting took place at the University of Cyprus. The meeting was attended by 26 participants from 17 organisations, namely the Cyprus Civil Defence, the Police, the Water Development Department, and the Water Board of Limassol, among others. The first part of the meeting was dedicated to setting the scene, providing an overview of the PathoCERT project, the aim of the Cyprus Community of Practice for emergency water contamination management and its role as a collaborative tool. The second part of the meeting revolved around the PathoCERT use case scenarios and the technologies. Dynamic sessions among participants also took place, facilitating the reflection and discussion of the outcomes, as well as the feedback collection. 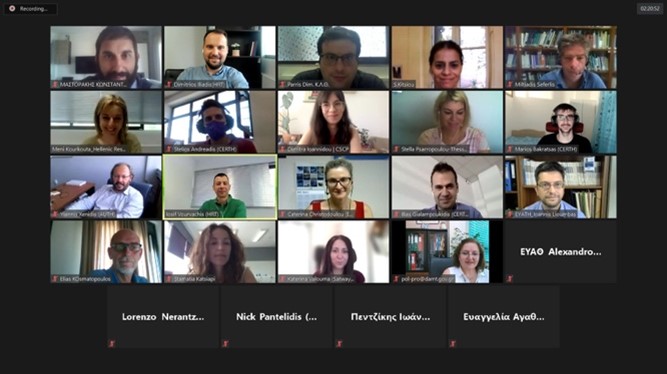 The first CoP meeting of Thessaloniki, Greece was held online. The meeting aimed at introducing participants to the main objectives and tools of PathoCERT, familiarizing them with the CoP concept/practices and presenting the pilot cases. The stakeholders then shared their feedback and insights through an interactive session moderated via the online interactive tool Mural. Among participants were representatives from the Department of Environmental Hygiene and Sanitation of the Directorate of Public Health and Social Welfare (Region of Central Macedonia – RCM), the Department of Civil Protection, Decentralized Administration of Macedonia and Thrace, the Aristotle University of Thessaloniki, the Democritus University of Thrace, the Hellenic Coast Guard and many others.

Amsterdam Community of Practice, the Netherlands 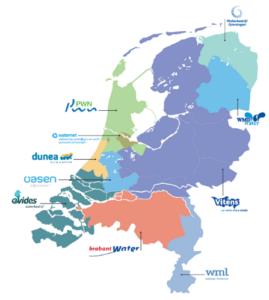 The first CoP meeting in the Netherlands aimed to inform local key actors about the PathoCERT project and its stakeholder engagement approach implemented through the CoPs, as well as to share and inform them about the PathoCERT’s technologies, while exchanging and gathering initial feedback on how Dutch stakeholders could be engaged and contribute to the PathoCERT project. Among the participants were several drinking water utilities in the Netherlands and drinking water laboratories.

The first CoP meeting in Sofia was a physical one. It aimed also to inform participants about the PathoCERT, its technologies, and the vision of the multi-stakeholder engagement approach, as well as to explore Bulgaria’s emergency management framework and to gather initial insights on challenges and possible opportunities areas for its improvement. The meeting had a good turnout with participants from the Bulgarian Ministry of Interior, the Capital Regional Health Inspection, the European Commission and the Aerospace Monitoring Centre, among others. 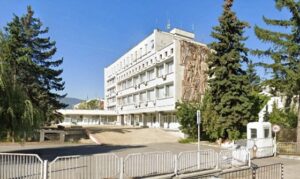 The first CoP meeting focused on informing local stakeholders about the concept of the CoPs and their possible role in the project, to introduce them to the PathoCERT Technologies and gather feedback about them, as well as to discuss the CoP’s future operation plans.  The five key stakeholders in the Seoul Community of Practice consist of officers in charge of decision making and management in times of disaster situations, representing the National Disaster Management Research Institute, the Korean Institute of Nuclear Non-Proliferation and Control, the Soonchunhyang University College of Medicine, the Korean Wildlife Disease Control Center and the Korean Environment Institute.  The development of the PathoCERT GIS platform that encompasses several other platforms and technologies has been a central discussion point.

The Granada CoP meeting was an hybrid one consisting of online and physical attendance at Granada´s Firefighters and Civil Protection Service Headquarters. In this first encounter, the different PathoCERT technologies were presented to key stakeholders, and a first outline of scenarios of interest was designed. The stakeholders involved in the Granada CoP showed great interest in the project, and actively participated in the pilot’s proposals and design. During the meeting, the use of the different technologies by the attending partners and their scenarios were defined. Besides, a series of conditions for the use of these technologies, which will be useful for the project, was also established.

What is PFAS and why is it so difficult to regulate?